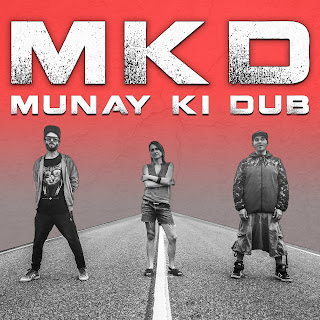 Munay Ki Dub is an electronic live dub trio, representing a new breed of artists from Argentina. Hailing up from the mountains of central Argentina, they combine live instruments such as violin, melodica, percussion, bass and guitar with programming, effects and digital instruments

Munay Ki Dub are Alejo Gonzalez (programming, keyboard, bass, fx, guitar, lead and backing vocals), Rebecca Clements (lead vocals, violin, melodica, keyboard and percussion) and Roby Torcello (guitar). The name of the band comes from an indigenous language spoken by the Quechua people, primarily living in the Peruvian Andes and highlands of South America. "Munay Ki" in Quechua means "i love", so their name reflects their passion: “I Love Dub”.

Their debut release comes in the form of a digital EP entitled “MKD” and includes four tracks that follow the above recipe, lyrically using the English and Spanish languages as a form of political expression and social awareness/consciousness, musically gliding between digital roots reggae, dub & bass and steppa.