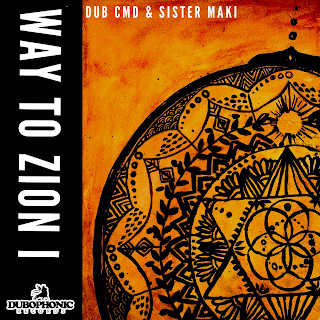 Sister Maki started her activity in Osaka, Japan, in 2007 as a reggae singer. Based out of Kobe , she started in 2010 performing as a roots reggae selector. In 2013 she formed her own band, Sister Maki Band, playing original roots reggae music and bringing a deeper meditation to the Kansai (Japanese region) music scene, promoting peace, love and unity.

Dub Cmd is becoming one of the most prolific new artists on the label. The new release Way To Zion consists of two parts. This is the first part! It includes five tracks: 3 vocals tracks (one is a special discomix) with Sister Maki on the vocals plus 2 instrumental cuts in a fine dubwise style. The second part will be released later this year!