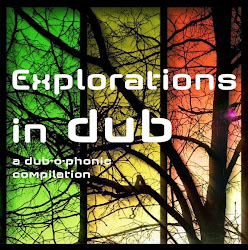 The first compilation of dub-o-phonic is a musical journey to some unknown areas of dub music. Compiled by Dub Thomas, “Explorations in Dub” tries to find the hidden elements of dub music in musical genres, where under normal circumstances no dub is existent. This release might not comply with the “conventional” dub reggae as we know it. Being the tenth release of the label, Dub Thomas selects tracks with a strong experimental musical vibe, staying truthful to the future sound of the label.

Included in this compilation is Dub-I’s “Rididub Master” in a new extended version, serving not only as a musical flashback to our first release, but also as a starting point for the dubs to follow, while the jazz/ambient tracks of Hernibernie and SXtheMadArtist (the cover art designer of the release) are perhaps at the highest innovation point. Knoto manages to strip a famous reggae song down to its basic beat elements keeping the melody as a sweet buzz in your head. Daidalos One offers an atmospheric intermission, Ras Robbin Denis fuses an ethnic/ambient feel, Dub Across Borders blips and clicks, Negro Pirana dubs the blues, Mr Mefistou builds up slowly a dubbed step, Green Glow steps it up, Twixymillia rewinds it, while Dub Riots, Roots Dubbing Project, The Dubbstyle, Rakoon and Red Barrio transform irie melodies into experimental dubscapes.


“Dub means experimentation with sound. From the first innovations of King Tubby to the unorthodox techniques of Lee "scratch" Perry, dub has always been evolving, influencing many of the musical genres of our century, whether these are called Hip-Hop, Electronica, Fusion or even World/Ethnic music. This is a journey into the world of dub!” - Dub Thomas 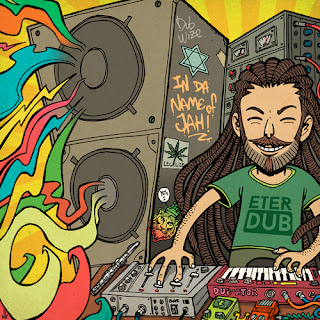