Yes I. What a pleasant surprise it was indeed, to receive this great review by one of the biggest reggae and dub portals on the web. Dubroom.org has expressed with the best words on our nelabel family. Massive respect to Messian Dread and his crew for the amazing work they do for so many years, always giving their best to the (conscious) reggae and dub community worldwide. 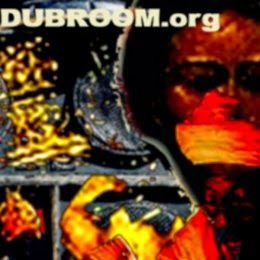 "With the Dubkey Netabel based on Malta, Dubophonic is the next step in a Mediterranean Roots Reggae and Dub take-over. Based in Cyprus and founded no earlier than June 2013, ... one thing is for certain: Dubophonic take their net label serious and so it should be. It's not just the amount of releases in a certain quality, it is the work on their website, liner notes and massive press feedback. Centered around Dub Thomas, but not limited to him. A look at the artist names reveal a variety of styles and genres, from heavyweight Dubwise to a more lighter variant, Dubophonic strives to cater to all lovers of (conscious) Reggae and Dub." Read more

But the review does not stop here, it continues by showcasing two of our releases. The first one is a release from last year, "Love fi Life" by Ibel Campbell, Med Dred and Dub Caravan.

"Three vocals, four dubs: Love Fi Life is a joyous collaboration between Jamaican vocalist Ibel and Med Dred based on another island, namely that of Cyprus. The Mediterranean vibes are there, undeniably. The Jamaican vibe, too. There's even a UK Dub vibe coming in the form of a Dub by Dub Caravan. Get this one for some Ireness!" Read More


And just today one more review was posted on their site. This time a more recent one from this year released by Dubsynaticx, "Studio Dubs Part I".

"Whenever you see "Part One" in the title of an album, it's always intriguing: when it turns out to contain niceness, you know there's more of that niceness coming your way. Right? Presenting Part One of Studio Dubs, presenting Dubsynaticx, presenting some Dub Niceness. Yes I! ... Yes, the Dubroom should apologize to this Dub producer for not having discovered him before. Is his music that crucial, you might ask, and the answer is YES. It's definitely an addition to the variety in Eurodub and Roots land. We can get it thanks to the Idren at the Cyprus-based Dubophonic Net Label, responsible for this excellent April 2014 release." Read more
Email ThisBlogThis!Share to TwitterShare to FacebookShare to Pinterest
Labels: Reviews
Newer Post Older Post Home