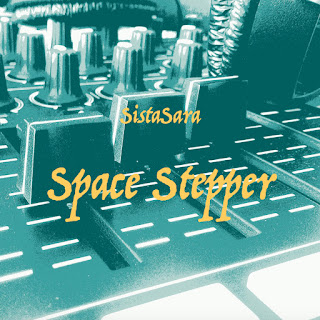 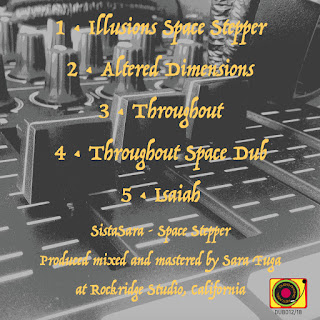 SistaSara is a female music producer, a freedom stepper, creating her own style of Reggae Dub music mainly influenced by UK Stepper, PsyDub and Trip Hop. We call it “Hypnotic dub music with a psychedelic touch”.

Sara Fuga was born in Venice, Italy, with Italian mother & Nigerian father. She started as a session drummer and backing vocalist in numerous bands and projects in Italy from 1995 till 2003. In Spring 2003 she moved to London, UK, where she began studying music production. The London Dub scene was a crucial influence in her music development and it is a core factor in her music identity.

Sara is now an independent experimental Dub music producer. Alongside her Solo productions, she collaborates with other fellow producers as a songwriter & vocalist and in Summer 2015 she moved to Oakland California, USA.

Her first EP on our label is called Space Stepper and includes the following five musical compositions:
Illusions Space Stepper: a space dub cut of a tune called Illusions of Time, which will be included in her upcoming album “Universal”.
Altered Dimensions: a deep and minimal dub remix, a revisitation of Illusions of Time.
Isaiah: a deep, hypnotic and meditative dub tune, which is dedicated to the Prophet Isaiah.

Throughout and Throughout Space Dub are written in traditional UK Steppa style, filled with bass and tribal stepper drums that will hopefully keep you on an upliftment mode.