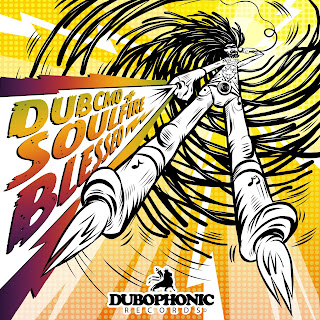 Lee “Scratch” Perry’s 70‘s classic “Soul Fire” was the ignition for the songwriter and singer Vassilis Savopoulos a.k.a “Jah Smiley” from Thessaloniki to form in the beginning of 90’s “Soul Fire”, the first reggae band in Greece. It has been almost thirty years since then and probably no one could have ever imagined, that this reggae band would record their first album with the internationally renowned dub producer Mad Professor from Ariwa Records and play as the opening act for the legendary band of Bob Marley, "The Wailers”. Well-known artists participated in that first album: drummer “Sinclair”, member of Lee Scratch Perry’s band “Roboticks”, Aisha on the backing vocals, Cofi and Mafia from “Mafia & Fluxy” plus MC Fredi Kruga.

Fast forward in year 2019, Soul Fire visit Cyprus for a performance at the Reggae Sunjam Festival and thanks to the organisers of the festival, local and international artists who were also participating had the chance to meet each other and build a bond. Artists became friends, new connections were established and good things fired up some new collaborations. The friendhip worked as a boiler, cooking some brand new vibrations!

God, love, inner self, consciousness and justice could be the keywords for someone searching behind Soul Fire’s songs. «Marley was the light and Burning Spear was the mystic spirit of reggae for me»  says Jah Smiley. Nuff respect Aki Mittoo for the spiritual melodica cut, adding the missing link to this conscious journey and to Versioncos  for the amazing artwork!