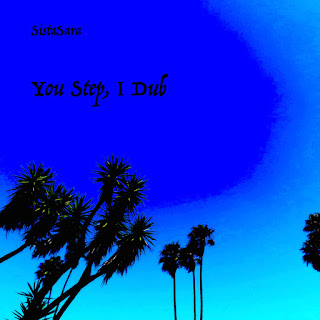 The Italian female music producer SistaSara returns in 2022 with a new EP. She was born in Venice, Italy, with Italian mother & Nigerian father. She started as a session drummer and backing vocalist in numerous bands and projects in Italy from 1995 till 2003. In Spring 2003 she moved to London, UK, where she began studying music production. The London Dub scene was a crucial influence in her music development and it is a core factor in her music identity.

She has already a few releases on Dubophonic Records: as a solo artist (Soul Stepper, Explorations In Dub Vol.2 / Lockdown Dub) and a few EPs collaborating with Dub Cmd (Deeper Understanding, Leaving Babylon Behind, Follow The  Bassline) her new EP entitled You Step, I Dub is the first release of 2022 and it is a showcase of her very personal style, influenced by UK Stepper, PsyDub and Trip Hop. It is presented in three different cuts and is available from all online music stores and streaming platforms.