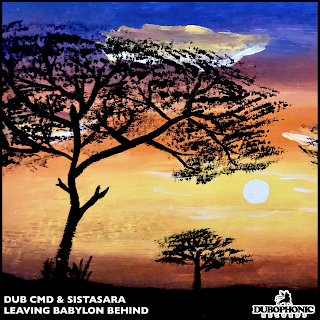 Being one of the most active artists on the label, the UK dub producer Dub Cmd is back with a brand new single, the first one in a series of three singles, all planned to be released in year 2020. After the ep Deeper Understanding in 2019, he collaborates once again with the Italian born producer and singer SistaSara, who blessed the riddim with her voice and her conscious lyrics.

Leaving Babylon Behind is presented in three versions: The original vocal version by SistaSara, the obligatory dub version by Dub Cmd and a very special melodica version featuring for the first time the upcoming melodica player Aki Mittoo from Japan.